Save articles for later

Add articles to your saved list and come back to them any time.

Emma Germano knows first-hand about the image problem with farmers. Strangers often have difficulty believing Ms Germano, who bought her parents’ Mirboo North vegetable and livestock farm in South Gippsland two years ago and grew up on the land, is one herself.

The issue, she says, is the idea that farmers are middle-aged politically-conservative men, far removed from the cosmopolitanism of Australia’s biggest cities. 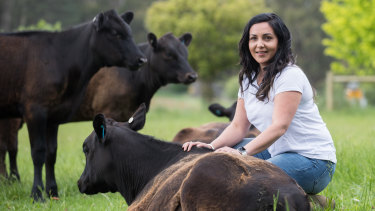 Emma Germano is running for president of the Victorian Farmers Federation. Credit:Jason South

"I think a lot of farmers are perceived as happy to exploit their land and animals to make a buck," she says. "That’s not the experience I’ve had with farmers at all."

Now Ms Germano wants to help unify the voice of farmers by running for president of the Victorian Farmers Federation (VFF). She would be just the second woman to hold the position and is the current vice-president.

The VFF still wields political influence and the state government consults it regularly on agricultural issues.

Elections for president are held every two years and there is a limit of two terms. Each membership allows for two nominees to vote for their preferred candidate. 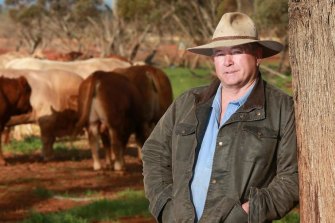 Ms Germano will go up against Leonard Vallance who farms grain, cattle and sheep at his property near Ouyen and is also on the board of the VFF. Both believe the organisation needs to strengthen its base.

Ms Germano argues the VFF has failed to engage younger farmers – who often see it as belonging to older generations.

"The culture of the organisation needs to be brought into 2020," she says.

Her parents were the children of Italian migrants and she believes the federation needs to promote the multicultural dimension to Victoria’s agriculture sector to attract members.

"It’s intimidating to go somewhere you don’t see a reflection of yourself. You just believe you’re not welcome there," she says.

Mr Vallance has made headlines with sometimes controversial views. In May this year, as trade tensions were rising between Australia and China, Mr Vallance told The Weekly Times that the "Chinese probably need to go hungry for a bit".

Mr Vallance did not resile from those comments this week.

"In the Mallee we don’t have time for all that fluff. You might as well say it like it is," he told The Age.

Mr Vallance also said the VFF needed to extend its membership base, arguing it had "not sold its narrative well" to some prospective members, including hobby farmers.

"My most important goal will be to increase the membership of the VFF to make it accessible to all farms very small and very large," he said.

He also wants to curb the intrusions of animal rights activists onto farms.

"When a government or water authority or business group like Telstra wants to talk to farmers they often look to the VFF," he said.

Man, 32, in court charged with murder of West End star's brother and his friend found shot dead in a car

Plan to reopen Hammersmith Bridge as a 'double-decker' crossing