A wife has told of her shock after returning home from a city break to discover her husband had ‘surprised’ her by painting their home with all the colours of the rainbow.

Mike Goldsmith had been trying to convince his wife Karen to let him paint their Plymouth home of 36 years after a trip to Albufeira, Portugal, but she had been vehemently against it.

But when she left for a city break to London with her daughter, Ms Goldsmith’s husband of 40 years seized his chance, whipped out his paintbrush and got to work. 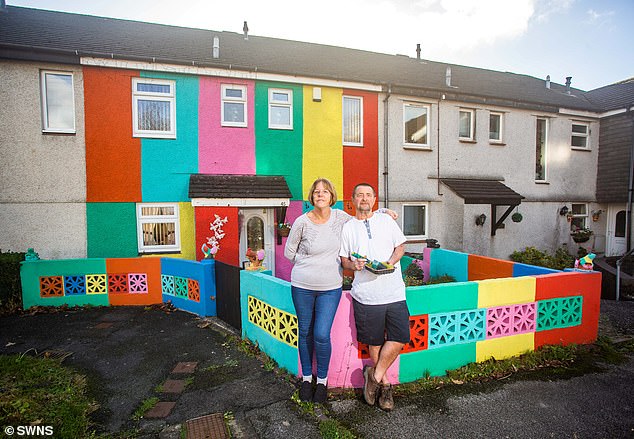 By the time his 59-year-old wife returned, the front of the terraced house and its garden wall had been been given a huge splash of colour.

Ms Goldsmith told Plymouth Live: ‘We got back, and, well… Oh my god. My daughter said the same, and told me to avert my eyes.

Two years after turning their grey housefront into a kaleidoscope of colour, the Goldsmith’s say it still brings them joy. 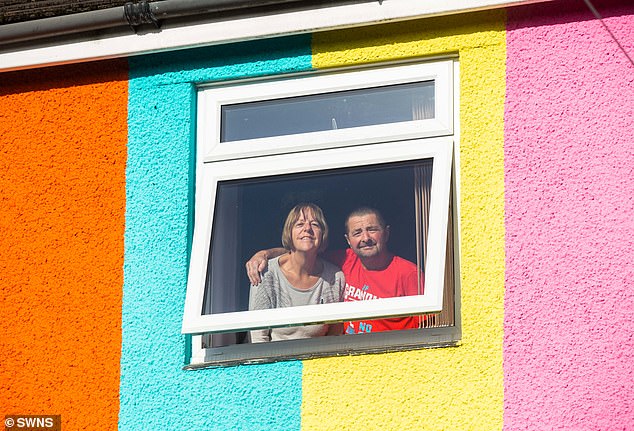 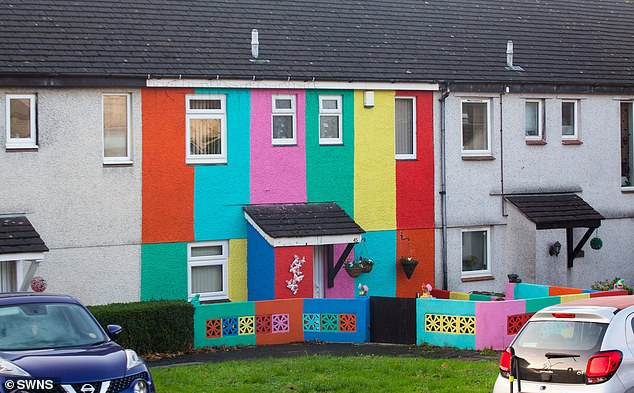 Opinions over the colourful home are split after pictures were shared online, with one person writing: ‘I feel for the people opposite who have to look at it everyday,’ 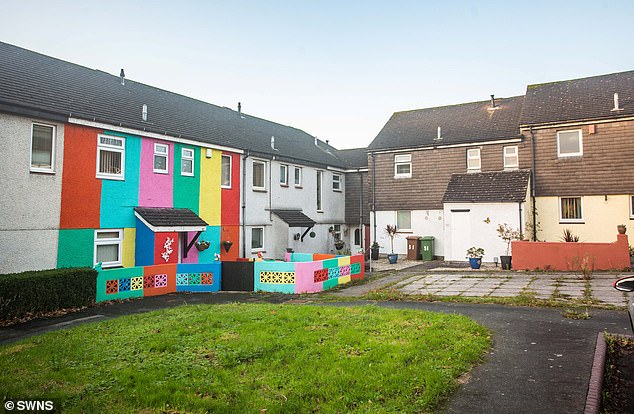 Others remain supportive of it, Andrew Tookey wrote:  ‘OK the colours are a bit loud, but prefer it to the drab grey houses next to it’

Kitchen assistant Ms Goldsmith said: ‘It’s nice, some people even knock to ask what made us do it. If taxi drivers pull up, they’ll take a picture of it.’

She explained how many people still smile as they walk by and see it.

There was a mixed reception after pictures of their house was shared online, however.

Steve Lloyd wrote: ‘I feel for the people opposite who have to look at it everyday.’

Gina Angouras added: ‘How awful. Glad they’re not my neighbours.’

And Kelly Barnard simply said: ‘That shouldn’t be allowed.’

But some liked the house’s paint scheme, saying it was better than the ‘drab’ homes on either side. 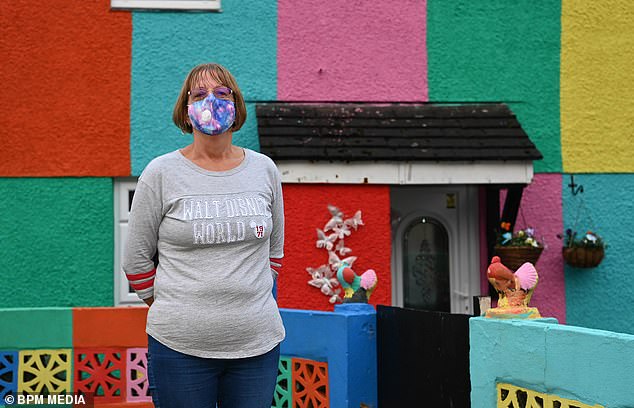 Ms Goldsmith, 59, says some people even knock on their door to find out what made them pick such an extravagant colour scheme 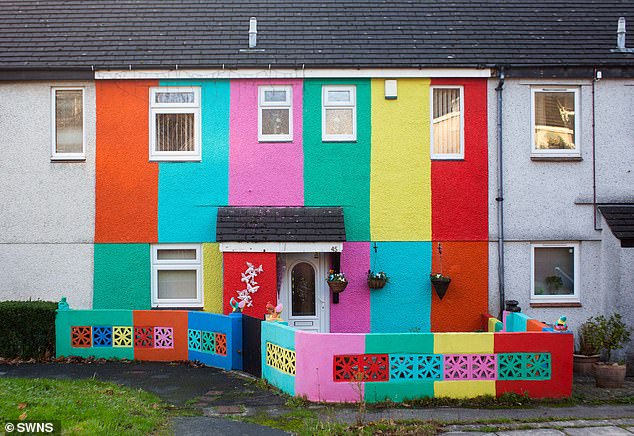 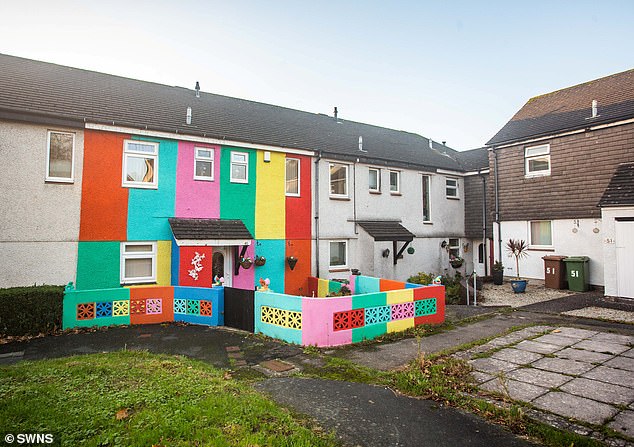 The Goldsmiths have lived in their home since 1984, and Karen says the colour-scheme is here to stay

Andrew Tookey said: ‘OK the colours are a bit loud, but prefer it to the drab grey houses next to it.’

Gi Na wrote: ‘I love it when people do things like this, makes giving directions so easy.’

And Andrew Tookey added: ‘OK the colours are a bit loud, but prefer it to the drab grey houses next to it.’