Seeking professional help. Hannah Brown is serious about getting back on the dating scene — and she isn’t afraid to ask for advice.

Hannah Brown’s Evolution: From ‘Bachelor’ to ‘DWTS’ Champ and Beyond

In a recent YouTube video, the Bachelorette alum, 26, had a candid conversation with her life coach, Nora Dekeyser, who is also a professional matchmaker. Brown admitted that she hasn’t dated since starring on The Bachelorette in 2019.

“If you don’t know yourself completely or you lose sight of that, it becomes, ‘What do I want? Who do I want to be with?’” she explained. “It got really hard for me. So, for a while I tried to numb it as much as possible.”

However, the Alabama native is now in a place where she feels comfortable with getting into a serious relationship.

“I think I am truly ready to give and receive love again, but it definitely has been a journey,” she said.

The Dancing With the Stars champion recently got back on the dating scene, when she went on three dates with guys that she met on an undisclosed dating app.

Former ‘Bachelor’ and ‘Bachelorette’ Leads: Where Are They Now?

“Heck, I’ve been on a dating show, I can get on a dating app,” Brown said of her decision to join the social media platform. “It can happen anywhere.”

Although Brown was willing to give the dating app a shot, she told Dekeyser that it “just wasn’t right” because she knows “immediately” if she likes someone. “It’s just been a little frustrating, but I’m trying not to let it get me down,” she said.

When the relationship coach asked Brown what she looks for in a partner, the former beauty pageant queen replied, “confident energy.” Brown added that she wants someone who is “open,” noting that she also values honesty after already having “issues with that.”

Brown got engaged to Jed Wyatt during her season of The Bachelorette but called it off after learning that the country singer, 26, had joined the show despite having a girlfriend back home. However, Wyatt claimed that he ended the relationship with the other woman before joining the competition.

After their split, Brown asked runner-up Tyler Cameron on a date, and he was spotted leaving her L.A. home early one morning, but their flame flickered out in August 2019 after he began a two-month fling with Gigi Hadid. Brown and the Barkitecture host, 27, reconnected when they briefly quarantined together with pals in March, but the pair denied romance rumors.

Cameron told Us Weekly in October that he and Brown are focused on keeping their relationship platonic.

“We need to learn how to be friends. You know what I mean? Like, we struggled, you know, with our relationship and trying to figure out what it is,” he said at the time. “We’re in a great place right now with each other and it’s great to be able to hang out, you know, grab dinner, it’s fun.”

Crushing coparenting! Ashley Hebert and J.P. Rosenbaum rang in Halloween with their kids two weeks after announcing their split.

“Happy Halloween to you all!” the former Bachelorette, 35, captioned a Saturday, October 31, Instagram photo with her son, Fordham, 6, and daughter, Essex, 3, dressed as a vampire and a princess, respectively. She shared another sweet shot of the kids eating candy, gushing that she was “living for [their] smiles.”

As for Rosenbaum, 43, the California native also posted a photo with their costumed kids via Instagram.

The estranged couple announced earlier this month that they were calling it quits after nearly eight years of marriage.

“It is with a heavy heart that I share with you that, after months of separation, J.P. and I have amicably decided to go our separate ways,” the Bachelor alum captioned a throwback photo on October 14. “We created the most beautiful children and shared memories that will never be forgotten. Our differences have taken a toll on our relationship and after years of attempting to repair the damage, we’ve decided that it is in our family’s best interest to create new and separate lives for our children. Please respect our privacy as we move forward with the newness of our lives. Thank you for your love and support throughout the years. Wishing you all love, happiness, and good health.”

Rosenbaum shared the same photo on his account after writing and rewriting his caption “dozens of times,” explaining, “Each time I feel the same level of disbelief and extreme sadness. While I realize that this will come as a complete shock to everyone, I can assure you that this is something that has been developing in our relationship for quite a while. It is with a heavy heart that I share with you that after months of separation, Ashley and I have amicably decided to live our lives apart from one another.”

The real estate broker concluded that their “ultimate focus” is to amicably coparent Fordham and Essex.

Rosenbaum met Hebert on season 7 of The Bachelorette and proposed to the Maine native during the ABC show’s finale in 2011. They wed the following year.

In order to view the gallery, please allow Manage Cookies 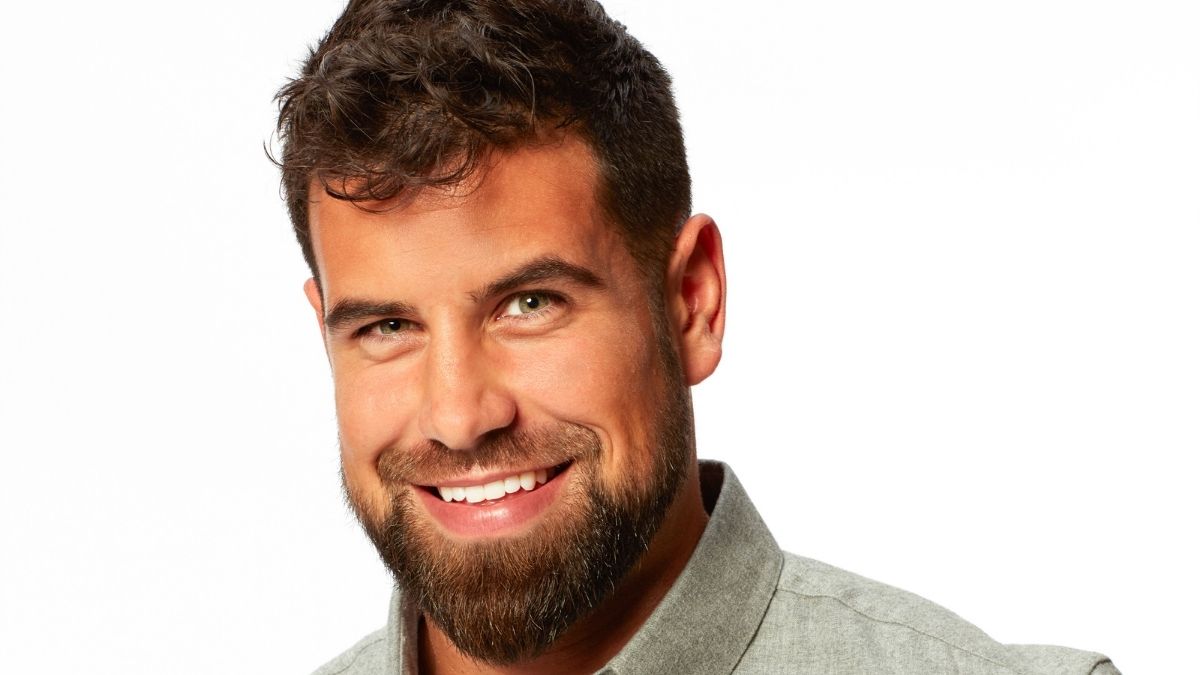 The Bachelorette premiered on Tuesday night this week and one of the guys stole the show.

There was one Canadian on this season and it’s Blake Moynes. Blake broke the rules and Clare Crawley called him out during the first episode.

However, she didn’t do it to make him look bad. Instead, she did it because she wanted to thank him for breaking the rules.

Blake reached out to Clare during the quarantine, asking how she was doing and how her mother was after she took a fall and broke her nose.

Clare was so thankful for him reaching out, even though he knew he was breaking the rules, as he wasn’t supposed to contact her.

Blake Moynes is compared to David Eason from Teen Mom 2

And while Clare was super thankful for Blake reaching out, some viewers thought that Blake reminded them of another man from the reality TV world.

The associations appear to be visual only – not a personality comparison.

“He looks JUST like Jenelle’s husband,” one fan wrote on Reddit. “I saw him and was immediately repulsed, haha. Not this guy’s fault at all, but anyone who looks like David Eason is a NO from me.”

“I think he looks JUST like David Eason (from Teen Mom); it’s STARTLING,” another fan added.

If you are unfamiliar with David Eason, he has been accused of being a violent husband to Jenelle Evans. Last year, he admitted that he had shot and killed the family dog, Nugget, after it nipped at his daughter, Ensley.

He reportedly took the dog out in the woods behind the couple’s house and shot it. The dog was never found and David was never charged.

Even though Bachelor fans feel that Clare and Dale Moss may have talked prior to the show, Clare revealed that only Blake reached out to her.

On Instagram and on the show, Clare opened up about her mother’s battle with Alzheimer’s and dementia. On Instagram, Clare revealed that her mother had fallen and broken her nose.

If Clare doesn’t pick Blake, he may already have another option. Victoria Paul from Peter Weber’s season of The Bachelor spoke out about Blake on the premiere night, revealing that her mother loves Blake.

The Bachelorette airs Tuesdays at 8/7c on ABC.