Nikki and Brie Bella are bored being stuck at home while pregnant and get jealous as they follow their mom and Artem Chigvintsev’s golf date in this EXCLUSIVE ‘Total Bellas’ preview. They decide to go spy on them!

Artem Chigvintsev is out golfing with Nikki and Brie Bella’s mom, Kathy, and Nikki is having major FOMO in this EXCLUSIVE preview of the Nov. 19 episode of Total Bellas. She tells Brie that Artem and their mom are staying for an additional 9 holes. “Does that bother you?” Brie asks her sister.

“No, I don’t care, but I think it’s funny. Like we didn’t even get an invite,” Nikki says. Brie brings up a solid point, “Probably because we’re pregnant.” Nikki checks out Artem’s Instagram Story to see what’s going on. 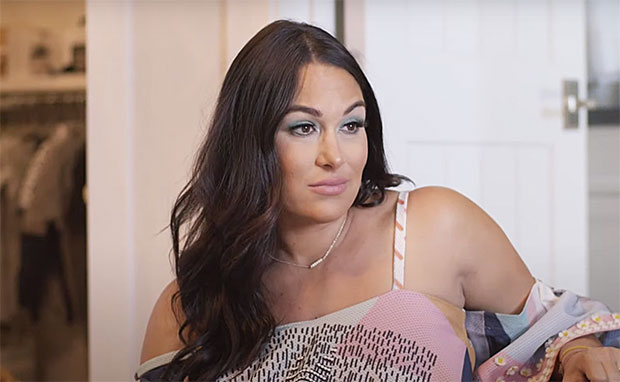 Artem and Kathy are having beers. Brie notes that their beers look “so good.” The jealousy is real! Nikki brings up that she needs some fresh air. Brie taunts her sister and tells her that she’s not fun anymore because she’s pregnant.

“Brie saying this is so annoying,” Nikki admits in her confessional. “This is also not fair because I can’t even go be fun. Like, I don’t even have that choice. Not that I’m stuck, but it’s like, am I boring?” Nikki grows tired of sitting around. “Let’s go spy on them,” Nikki tells her sister. Brie, who is equally as bored, says she’s down for an adventure. 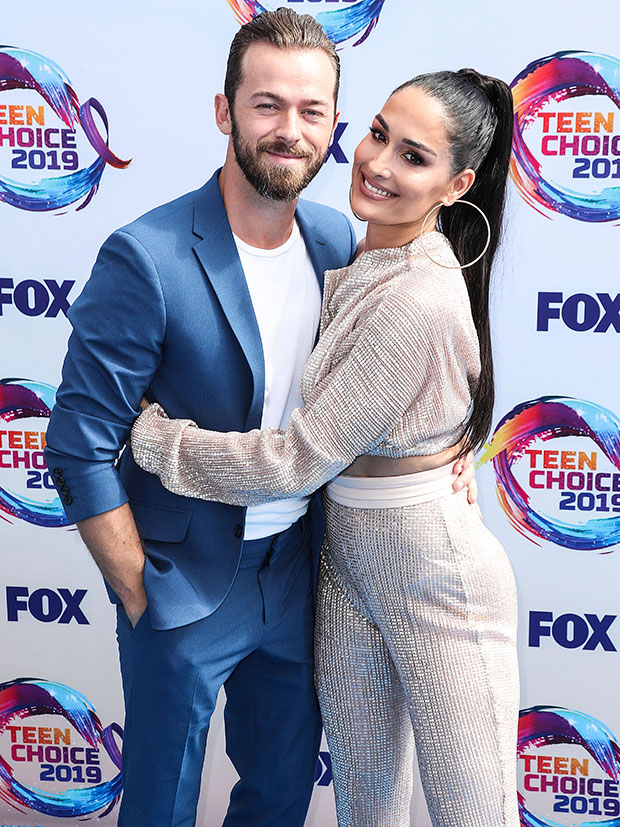 Nikki, Brie, and their families are currently quarantining in Arizona. In the previous episode of Total Bellas, Nikki got some troubling news about baby Matteo’s heart. Thankfully, Nikki and Artem learned their baby is just fine.

“Artem and I just had the anatomy scan and Dr. A looks over it and just says that the speck they saw could’ve been a sign that he’s going to have heart problems — like, his valves are growing incorrectly,” Nikki said. “But, after getting a second opinion, this is a natural thing. Eighty percent of babies have this. Some things grow faster than others, but they catch up. This is 100 percent normal.” Total Bellas airs Thursdays at 9 p.m. on E!