If you don’t know Teedra Moses by now, you need to get familiar.

The underground Queen of Soul and R&B has returned with her latest jam you can groove to, from her upcoming album The Bull$h*t, set for release early next year. And one thing we know about Ms. Moses—she’s always going telling it like she is. Following her 2015 projects Clair Voyant and Cognac & Conversation, the album’s first single “Cashmere Compliments” is quintessential Teedra, with a grown twist. 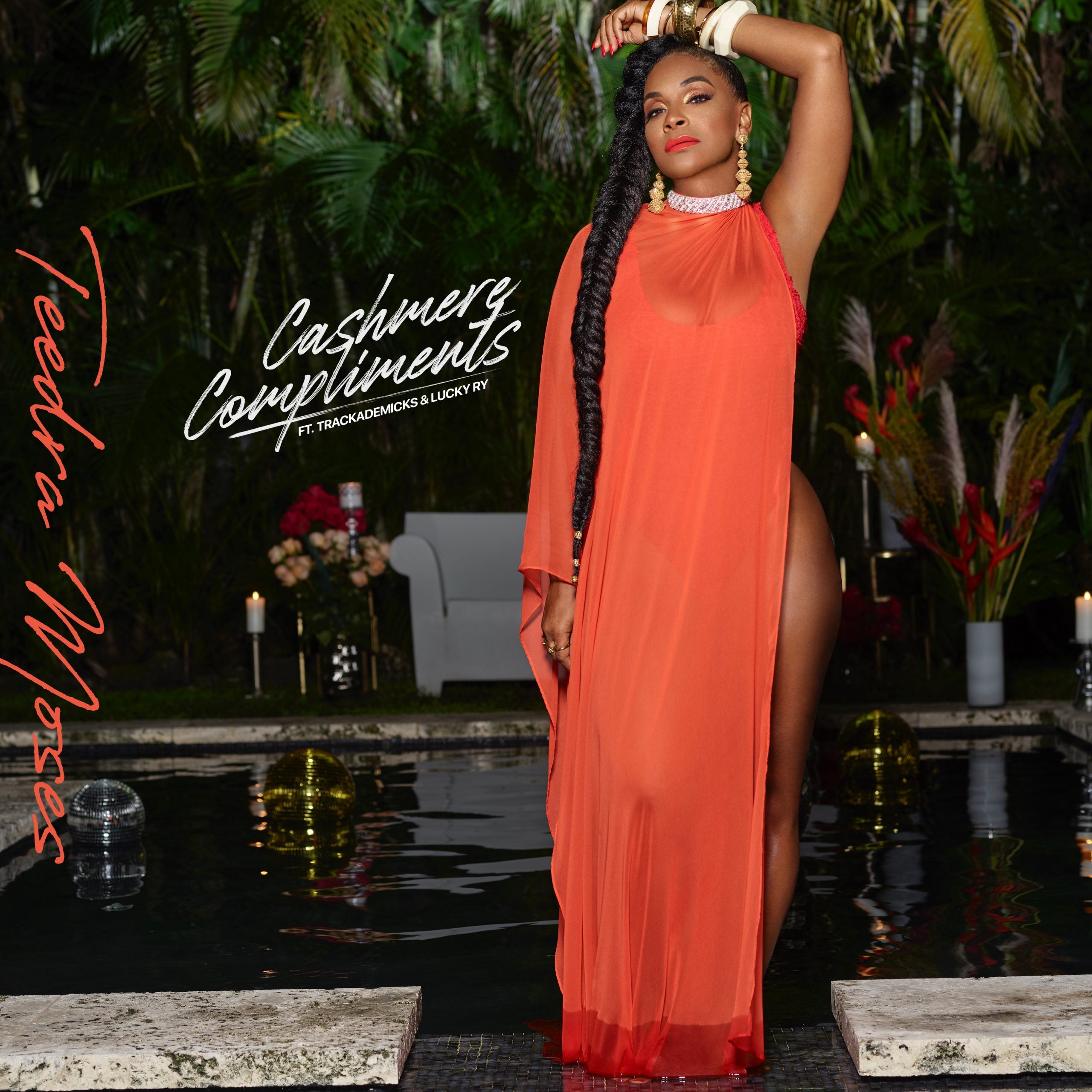 Produced by Trackademicks and Lucky Ry, the vibe is one we so desperately need to close out a tumultuous 2020. And honestly, it happened by chance. “By the time I finished it, we were in the pandemic situation and it just felt really really good. Instead of leaning into the heaviness of the times and the social situations that were going on, what I found solace in was music.”

She continues, “Take for example, D Nice — it’s the music that kept people together. And I felt like the music that I wanted to present in this time of such heaviness, I wanted to present something light and would make you feel happy. And it just so happens that the subject matter is exactly where I am right now in life. I’m very happy with my life, and if a man wants to come into my life, I’m all for it. I want to have fun, but I don’t want the b-llshit. That’s not even an option. There’s really no actual need, so if you come over here, it has to feel good.”

And though this may be the same Teedra we all know and love, there’s most definitely some growth to her new music. “I’m an evolved Teedra from 2004, but the direction doesn’t really change. I just go deeper into whoever I am at that time. What I will say, however, is that by going deeper in, I became obsessed with musicality. I’m very strong on the production side, and not just the lyrics and melody, I’m heavily involved in the music and the arrangement.”

But don’t confuse Teedra’s underground appeal with being underrated, because that’s definitely not something she considers herself to be. “If more people knew, I’d be rated higher. I’m rated top notch for the people that know me. I think when people know of it, they respect it and they love it. That’s the response that I’ve gotten throughout my career. If you make good music it’s going to walk on it’s own.”

We can’t wait to hear what else is in store on The Bull$h*t. In the meantime, check out the video of “Cashmere Compliments” below.