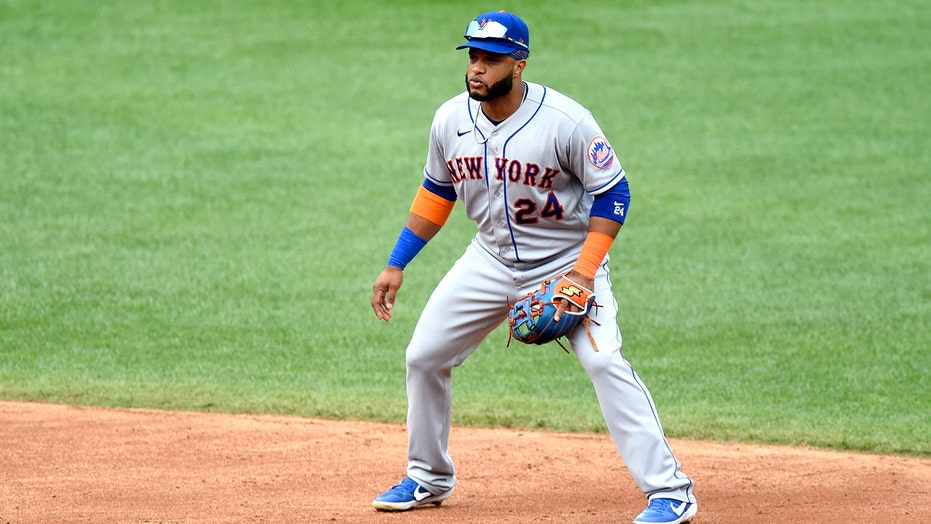 Robinson Cano’s 2021 MLB season is already over before it even started.

The New York Mets second baseman tested positive for a performance-enhancing drug and will be suspended for the entire 2021 season, ESPN reported citing sources.

This is the second PED suspension for Cano. Back in 2018, he missed 80 games after testing positive for a diuretic while playing for the Seattle Mariners. According to the joint drug agreement between Major League Baseball and the MLB Players Association, a second positive test means that a player is automatically suspended for 162 games.

STEVEN COHEN PROMISES SPLASHES OF CASH FOR METS — WITHIN REASON

In December of 2018, Cano was traded to the Mets, along with closer Edwin Diaz, in a deal that sent their top prospect, Jarred Kelenic, to the Mariners.

During the coronavirus pandemic–altered season, Cano had a .316 batting average with 10 home runs and 30 RBIs. With Steve Cohen taking over as the new owner for the Mets, the team’s front office has already been cleaned out, and there’s a good chance players like Cano will no longer be apart of the organization moving forward.

How to get HALF PRICE McDonald's