EVANDER HOLYFIELD has claimed that his old rival Mike Tyson will gas out in his comeback fight against Roy Jones Jr.

And the ex-heavyweight champion, 54, has revealed his fear that Iron Mike, 54, will NEVER step back inside the ropes to complete their trilogy. 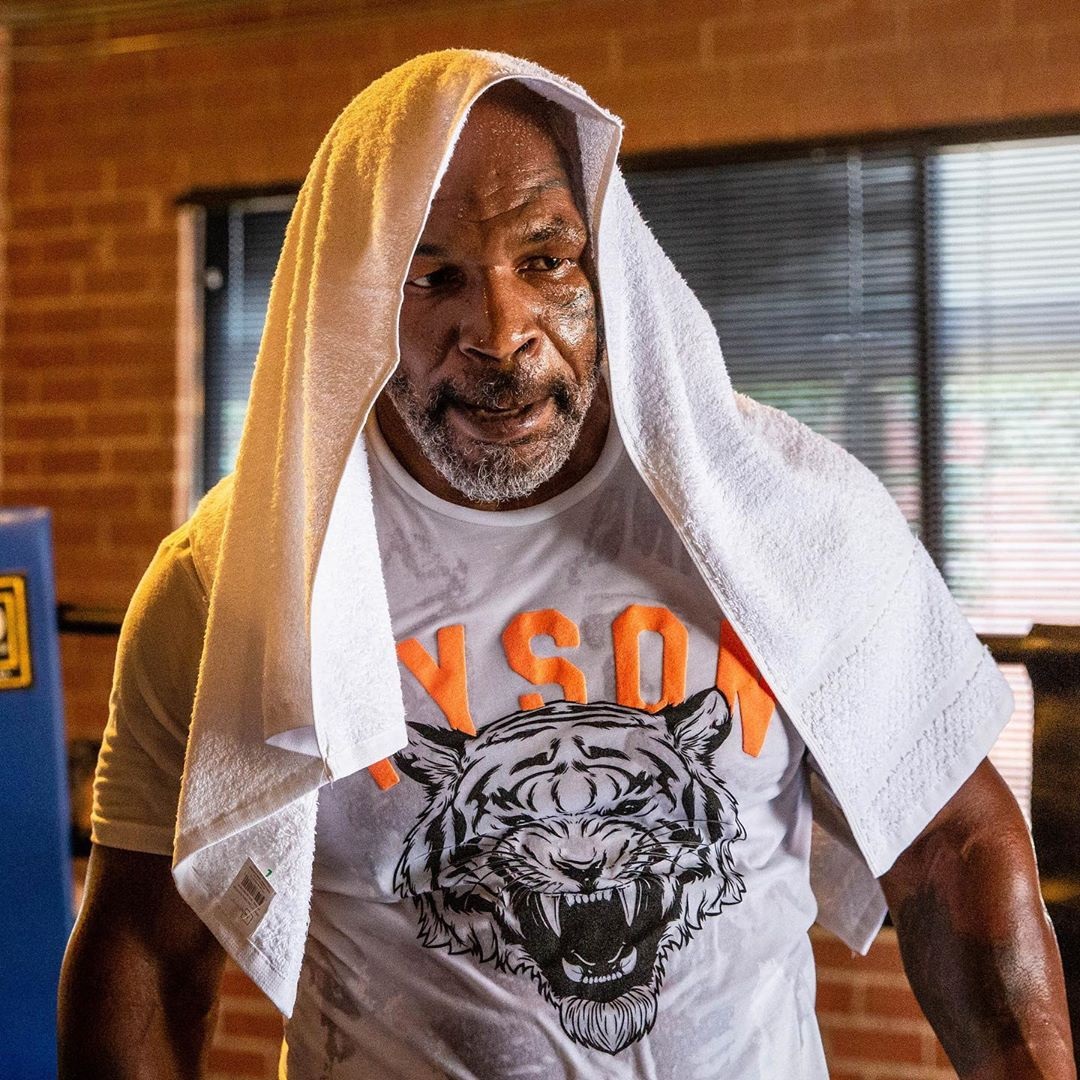 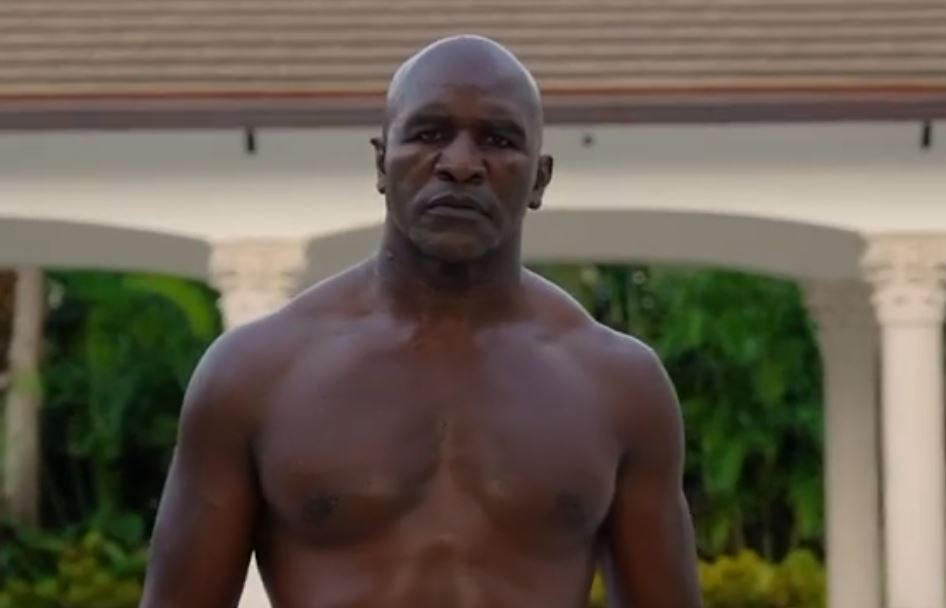 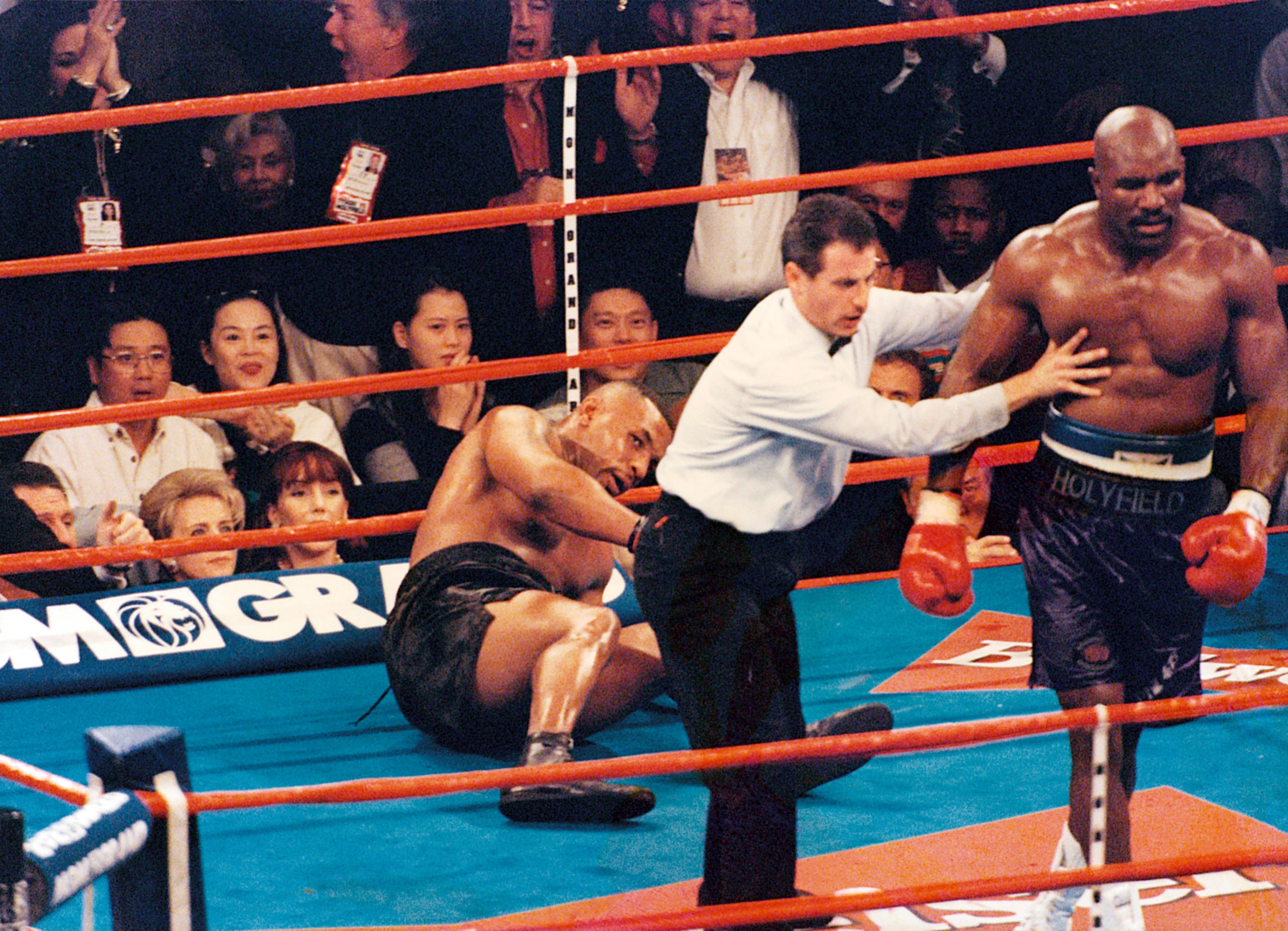 Holyfield – who twice beat the Baddest Man on the Planet – is training again to return for an exhibition, but is yet to have a confirmed opponent.

And Holyfield admitted that his heavyweight rival's decision to avoid him has squashed any hope of them facing each other for a third time.

In an exclusive interview with SunSport, he said: "You can’t risk the fact Mike chose to fight him first, it should’ve been me first I believe.

"And it’s kind of muddy the waters. My whole thing is if they fight first, I just don’t think there will be a second match with me – my third match with Mike.

"Because it doesn’t matter because there won’t be anything left in Mike.

"The thing is it’s really about what happens performance-wise when we get in the ring – people don’t just want to pay for the sake of it, people want to see something interesting.

"People want to see something and they want to see some competitors, they realize you’re now old but it ain’t about just how much money they going to pay for the trilogy fight."

You can’t risk the fact Mike chose to fight him first, it should’ve been me first I believe

He later added: "I really think that between Mike and myself that I would like to be first, because at our ages you may only get a one shot and never get another shot. I’m 58, he’s 54! I have to be first not the second."

Holyfield first beat Tyson in 1996, winning in round 11 in what was considered an upset.

They rematched a year later, in the infamous the 'Bite Fight', where Iron Mike was disqualified after biting the Real Deal's ear in round three.

SunSport previously reported that Tyson has been accused of being 'scared' to rematch Holyfield having been offered a trilogy bout 'multiple times'.

When asked for his take, Holyfield said: "Well, my thought is that a person has a choice – you do pretty much what you want to do.

"That’s what he chose: not to fight me but instead fight Roy Jones Jr.

"I can’t just sit there with that mentality, there’s no challenge there then for me – knowing that you stand a chance to lose.

"I don’t know why he said yes to him (Jones Jr.) but life is about decisions you make.

"When I spoke with Mike about fighting him he pretty much let me know he was doing something with someone else already.

"It’s not like something specific came up initially, but it was the thing with Mike and myself everything came up incidentally."

Tyson has already claimed that he is 'better than ever physically and mentally' ahead of his November 28 comeback bout with Jones Jr.

Holyfield, who stayed on the fence when asked to pick a winner, did weigh in to admit the conditioning of the two heavyweight icons – who have a combined age of 105 – will be key.

He told SunSport: "Roy Jones has got the faster hands, but Mike has the harder shots.

"It will depend on how good of a condition the fighters are. If they go power to power, I know Mike Tyson has the advantage there and can beat him, but also Roy Jones has the speed and what would happen if he could catch Mike?

"So, either way there’s some advantages on both sides. Mike was more than a street fighter or boxer. Mike was clever.

"I’m one of the only guys that beat him and gave him a hard time. He was shorter than others but he was able to beat 6 ft 3 6 ft 5 guys.

"Mike was a student of the game of boxing. He is someone to a lot of people where you expect the unknown.

"For his size and weight he fought hard and he was terrific."

Did The Beatles Really Smoke Marijuana Before Receiving An Honor From Queen Elizabeth?