Dame Margaret Guilfoyle, a trailblazing Liberal senator who became the first woman to serve as a cabinet minister in federal government, has died aged 94.

Prime Minister Scott Morrison led the tributes to the former Victorian senator on Thursday, saying she "opened doors for Australian women that will never be shut again", which would remain her "great legacy". 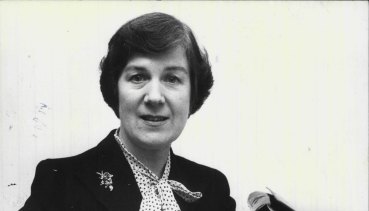 Dame Margaret, who was a 45-year-old mother of three when first elected, served from 1971 to 1987 during one of the most tumultuous periods in Australian political history. Following the dismissal of the Whitlam government, she was elevated to education minister in the caretaker government, and following an emphatic Coalition election victory was appointed by Malcolm Fraser to the outer ministry as social security minister.

She was appointed Dame Commander of the Order of the British Empire in 1980 and following that year’s election, Fraser made her finance minister, a role she called "the chief accountant for the country". She was the first woman to hold an economic portfolio,

Born in Belfast, Northern Ireland in 1926, her family migrated to Australia two years later where they settled in Melbourne.

Dame Margaret's father died when she was 10 and her mother faced the difficult task of raising the children without the help of extended family. 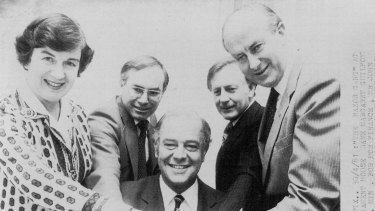 She was educated at Fairfield State School and Westgarth Central Business College and at 15, while working as a secretary, studied at night at Taylors Institute of Advanced Studies, and then accountancy at the Royal Melbourne Institute of Technology.

"As minister for social security, the welfare of women was central to her," Mr Morrison said. "She reminded her colleagues often that 83 per cent of the payments made through her department were made to women."

"She ran the Office of Child Care and presided over a major expansion of government support for preschool, child care and after-school care," he said. 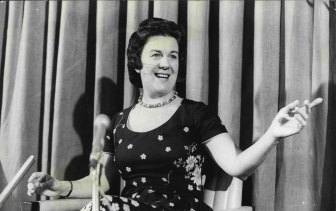 Her clashes with treasurer Phillip Lynch became infamous as she attempted to shield her portfolio from cuts that would adversely affect mothers. She continually knocked back offers to take the role of minister for women's affairs.

She joined the South Camberwell branch of the Liberal Party with her husband Stanley in the 1950s and was identified as a future talent by the women's section of the party.

Ivy Wedgwood, the first woman to represent Victoria in the Senate was her great mentor and encouraged Dame Margaret to replace her when she retired in 1971.

She won pre-selection from a field of 20 male candidates and was asked during the process by a male MP who would look after her three children if she became a senator.

Dame Margaret would be the highest-ranking woman in federal government for almost 30 years before Julia Gillard surpassed her to become prime minister and Labor senator Penny Wong became the second woman to take on the finance portfolio.

"As the first woman senator to hold a federal cabinet ministry, she paved the way for the achievement of gender parity in the Senate, and for the record number of women in Coalition cabinets," she said. "It was an honour to meet her over the years and to hear her perspectives on politics."

Most Viewed in Politics

Reusable face masks sold at Asda and Superdrug worst at filtering out bacteria, says Which?