ARSENAL WOMEN could be hit with a further injury crisis after Vivianne Miedema was forced to pull out of international duty with a hip complaint.

The Gunners currently have FIVE first-team players on the treatment table. 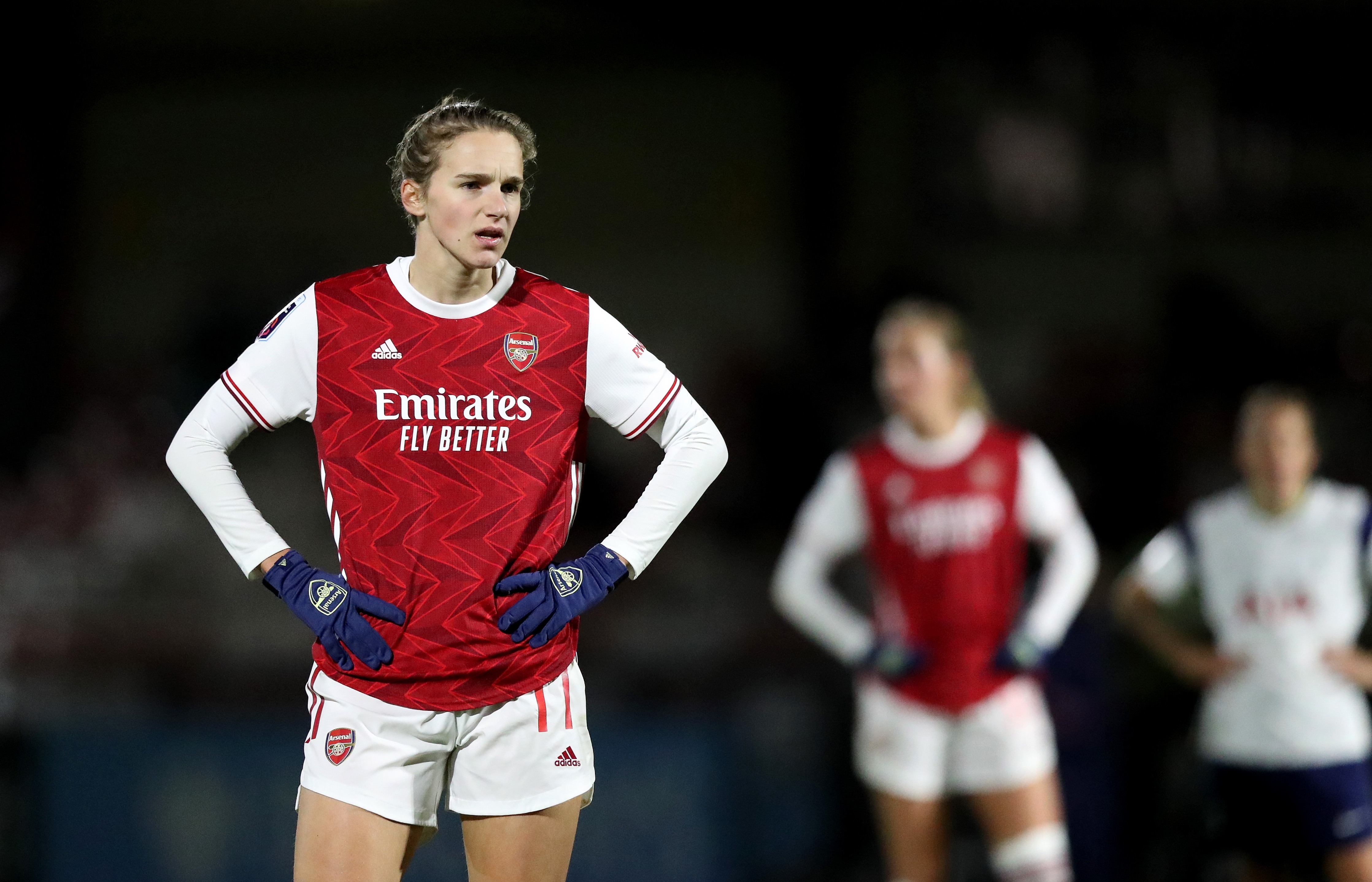 The Dutch national team confirmed the news on Friday that the striker would miss the upcoming fixtures with the USA and Kosovo.

They said: "Vivianne Miedema has to miss the upcoming international match due to a hip injury.

"Victoria Pelova has been called up as her replacement. Get well soon Vivianne Miedema."

And losing Miedema, 24, would be a major blow to Joe Montemurro's side.

She recently broke the record to become the WSL's all-time top scorer, after taking her tally to 52 goals in just 50 appearances midway through October.

The strike sensation stormed past the former record-holder, Nikita Parris, who found the net 49 times in 110 matches for Manchester City and Everton.

Miedema is already the league's top scorer this season after finding the net 10 times in seven outings.

Jordan Nobbs is out with a hamstring injury but she is expected to start pitch based work in the weeks following the international break.

Lisa Evans and Steph Catley are dogged with calf injuries and are also expected back in the weeks after the international break.

Captain Kim Little and Jill Roord, who has scored two hat-tricks this term, have only recently returned to action, after they were both sidelined with knocks.

Gunners boss Joe Montemurro revealed back in October that the club was undertaking a "massive internal review" of their injury crisis.

He said: "I’m looking at every exercise we do in training, I am looking at my session planning, we are looking at our rehab processes.

"We’re trying to work out where and how and why this has happened. We need to be better at understanding all of this.

"There is no finger pointing here, this is about us coming together as a group, as a wider Arsenal and also how we work with individuals on a specific basis and looking at how we can get better results.”