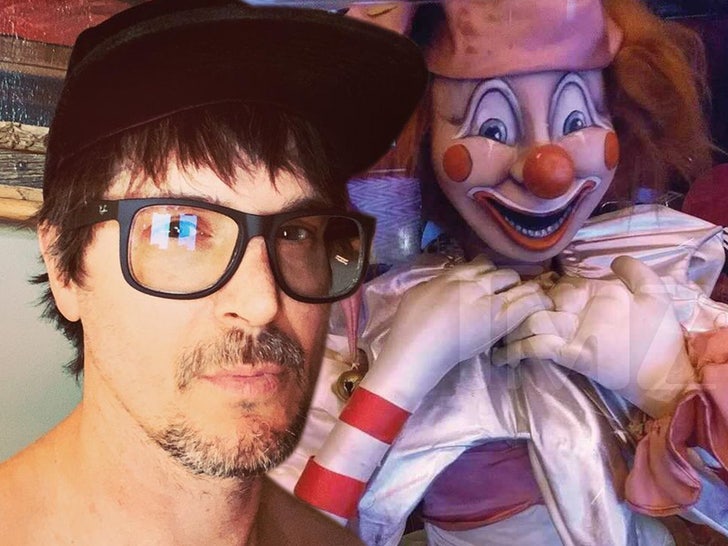 Holly Madison is gonna loooove this … her BF, Zak Bagans, just dropped a fat stack on the famous clown from “Poltergeist,” and wants to keep it in his bedroom!!!

The “Ghost Adventures” star tells TMZ … he threw down a cool $80,000 at an auction, and snagged the original clown prop doll from the 1980s classic horror film.

The doll’s supposedly cursed — 4 cast members died either during or soon after filming. That folklore explains why Zak’s been trying to buy the clown for over a decade.

It was previously on display at Planet Hollywood in Las Vegas. Now that he’s finally got it, Zak thinks his bedroom’s the perfect place for a test spin. Although, he plans to eventually display it at his Haunted Museum.

The movie prop was used in the unforgettable scene when Oliver Robins‘ character, little Robbie Freeling, gets attacked by the clown doll in his bedroom.

Like we said, Holly’s gonna love sleeping in the same room as this thing.

Stacey Solomon asks fans for help as she details awkward wardrobe issue ‘What do you do?’