Kate Middleton and Prince William’s courtship wasn’t entirely by chance. In fact, according to royal historian Robert Lacey, Kate was strategic in her pursuit of her husband. In his new book, Battle of Brothers: William and Harry—The Inside Story of a Family in Tumult, he details what Kate did at age 19 to ensure that she’d be William’s future wife.

“Kate was very strategic,” Robert told ELLE.com. “She gave up her place at one of Britain’s premier universities, Edinburgh, and opted for another one [St. Andrews] that probably didn’t have the same academic standard. She had already been to Edinburgh to get her flat accommodations sorted out but switched universities and switched her courses to history of art because that was William’s. She delayed her own education by a year and even takes the chance she won’t get into St. Andrews.” 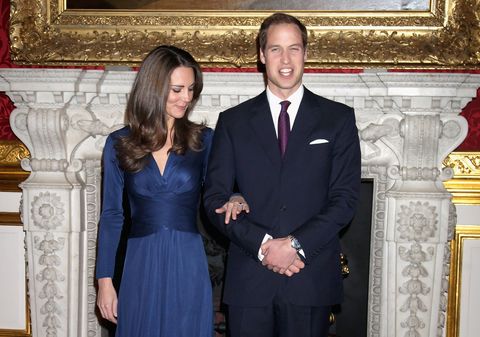 It wasn’t a coincidence that Kate and William met, Robert claims in his book, but he also points out that Kate wasn’t the only woman vying for William’s attention. After it was announced that he would attend the Scotland university, applications increased by 44 percent. Kate and William met in their first semester, but didn’t start becoming romantically involved until after William saw Kate modeling a see-through dress in a fashion show in 2002.

“She’s there and about to walk down the runway on the fashion show, and she strips off an extra layer of clothing,” he continued. “Here is a very strategic lady who knows what she wants and has got it.”