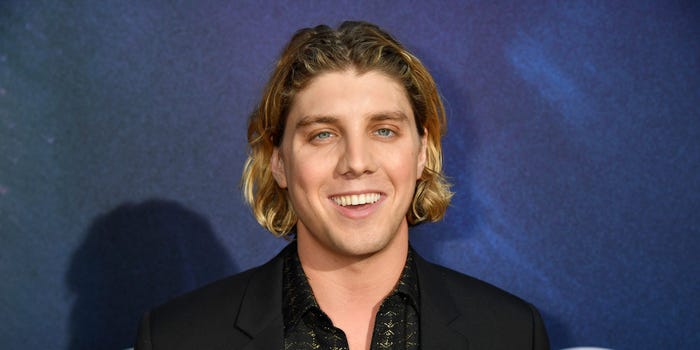 Actor Lukas Gage ("Euphoria," "Love, Victor") was doing a live, virtual audition for a director when the call appeared to go awry.

In a tweeted video of what appears to be a portion of his audition tape, you can hear a man on the call talking about Gage's apartment while under the impression that Gage cannot hear him.

"These poor people live in these tiny apartments," the man says. "Like I'm looking at his background and he's got his TV and —"

Gage, who was visibly reacting to the comment, interrupted the man by making a small noise and saying, "Yeah mute it."

"Alright, um, ready?" he continued with a small laugh.

"No it's totally…" Gage replied. "Listen, I'm living in a four-by-four box. It's fine. Just give me the job and we'll be fine."

The last thing you hear before the video ends is the director saying, "I'm mortified."

Gage has just over 28,000 followers on Twitter, but within four hours his audition tape video had one million views and counting. Many people replying to Gage's tweet expressed confusion over the comments on his apartment.

"I CANNOT IMAGINE EVEN HAVING THAT THOUGHT YOUR APARTMENT LOOKS VERY NICE," writer and social media maven Hank Green replied.

Gage did not identify the person by name. When the tweeted clip started picking up views and attention on Twitter on Friday evening, Gage retweeted one person who said, "I can only imagine how bad this director's movies are."

Others were asking Gage to name the director who was overseeing the audition.

Insider reached out to a representative for Gage, but did not immediately hear back. We'll update as necessary.

Chris Harrison to The Bachelorette Suitors: Clare Did You Guys Dirty!